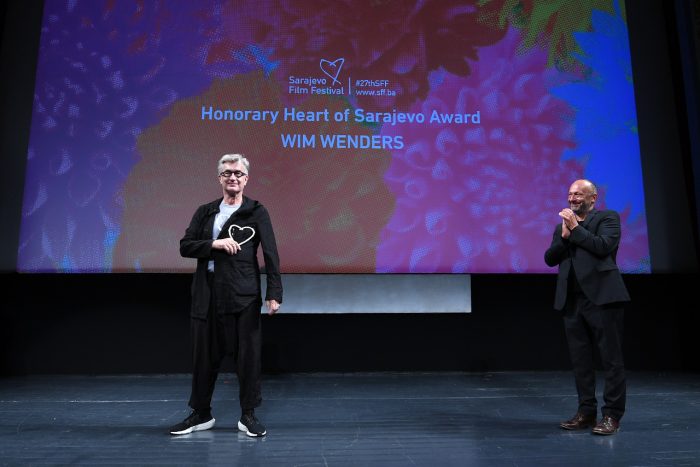 Wim Wenders received the Honorary Heart of Sarajevo Award today. He will be the special guest of the 27th edition of the festival, holding a Masterclass and showing together with the Wim Wenders Foundation a retrospective of selected works in the Festival’s “Tribute to” Programme. In addition, the Foundations‘ last restoration „THE MILLION DOLLAR HOTEL“ will premiere in the Bosnian capital on the 15th of August.