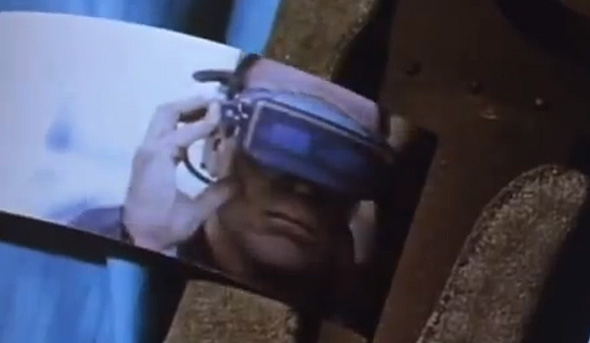 Until the End of the World – The movie foretold the centrality to our lives of Skype, the iPad, cellphones, high-def flat-screen television, on-board GPS, E-ZPass, search engines and even the way potentially sinister software lulls the user with an interface of cute cartoon characters. However none of that is why the film seems so haunting, prescient and profound. “UTEOTW” is a chilling futurist parable with few parallels in the history of cinema.

“Until the End of the World“ has always held a unique place in my heart: It’s the first film I ever saw in New York, where I little thought I’d someday be a film critic. Despite its obscurity (and the fact that until this week I hadn’t seen it in 22 years), I think about it nearly every day as I watch blissed-out iZombies stumble down the street staring lovingly at the faraway signals popping out of their smartphones while utterly blind and oblivious to their actual surroundings.