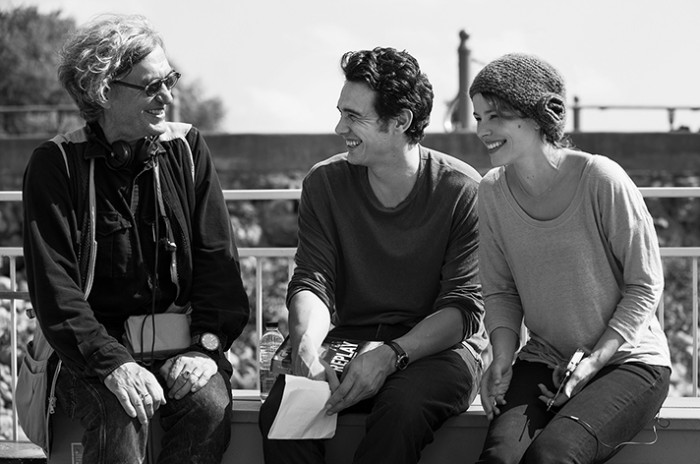 Every Thing Will Be Fine is your first live-action 3D drama. What have you found most difficult and most surprising about doing a drama in 3D?

Wenders: I’d need hours to elaborate on that! I don’t even know where to start … I guess the key is the actors’ “presence”… James Franco has screen presence galore. He knows what it is, he knows how to “turn it on.” Does it make a difference in 3D? Do we understand the character better? Are we closer to him and more involved in his inner life? I’m very much aware, all of the time, that we’re working on new territory. We might gain something: intensity, identification, immersion. But also, every now and then, it’ll probably mean we lose something of the old movie rules, of the convention established between audiences and filmmakers. I have given a lot of thought to the question of how 3D might become a necessary element of our film, not only an ingredient. But I would have to reveal our story in order to explain that. All I can say: It’s exciting to do a drama in 3D! It is all new for me, for us, and hopefully that excitement will translate to the viewer as well.

Continue reading on The Hollywood Reporter