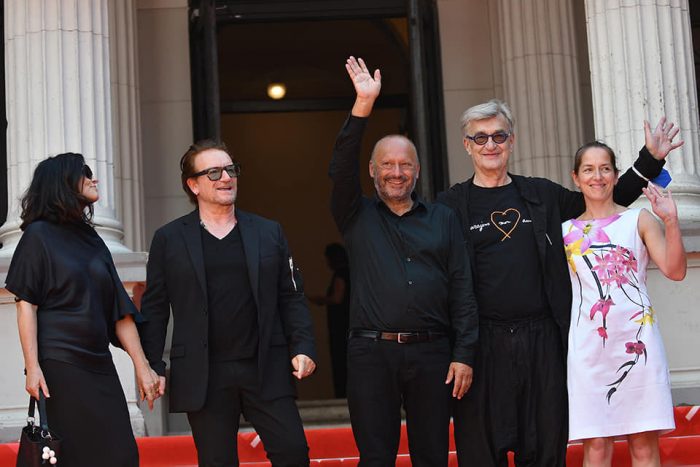 Musician and frontman of legendary Irish band U2 Bono joined Wim Wenders as a suprise guest on the red carpet of the Sarajevo Film Festival to present the newly restored version of THE MILLION DOLLAR HOTEL.

Bono initially conceived the story of THE MILLION DOLLAR HOTEL, and also contributed to the soundtrack and to the restoration of the film.

THE MILLION DOLLAR HOTEL was filmed in the spring of 1999 in the actual “Rosslyn Million Dollar Hotel” in Downtown Los Angeles, and inside the perimeter of the adjoining street block of Fifth and Main Street.

More information on the event here

More information on the film here