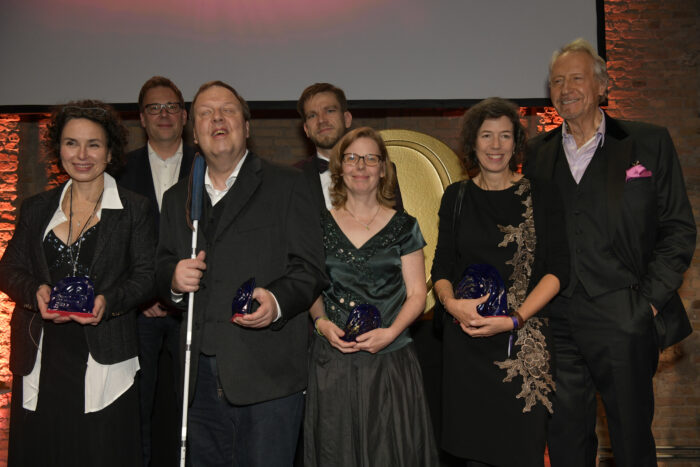 Our German audio description for The Million Dollar Hotel won the German Hearing Film Award in the category Film Heritage.

This recognition is very important for us, because reaching all audiences and making films accessible for everyone is one of our goals.

Many thanks to the German Association for the Blind and Visually Impaired for the nomination!

Photo: The winners of the category Film Heritage at the 20th German Hearing Film Award on September 27th