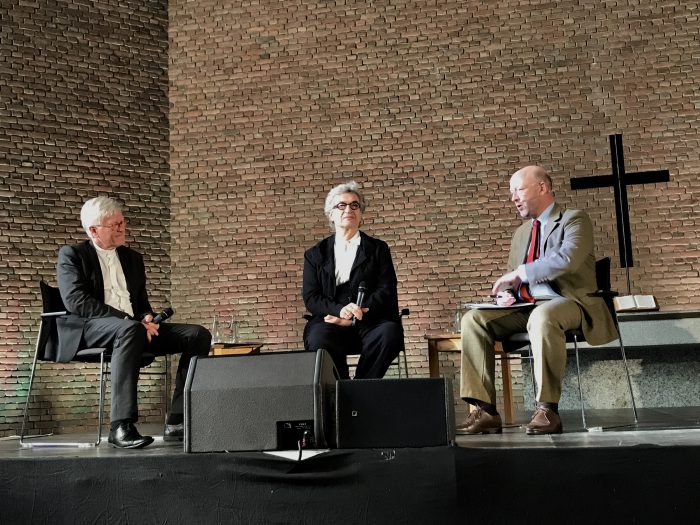 In their justification of awarding the prize to Wim Wenders, the jury states that:

“By creating images, he thinks about the imageless, the holy in the mundane, the honour of the profane.”

The laudation was held by Professor Dr Heinrich Bedford-Strohm, chairman of the Council of the Protestant Church in Germany, in the presence of Hans Ehrenberg’s nephew, Heinz Ehrenberg.

Picture Gallery on the event by Christ Church Bochum