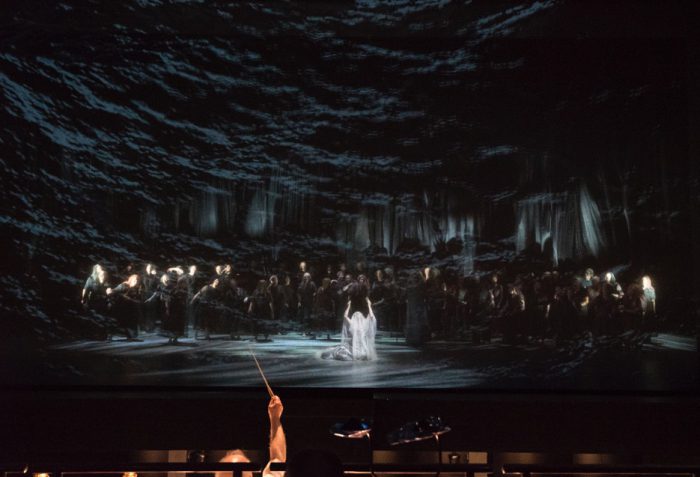 On June 24 Wim Wenders had his debut as an opera stage director when his version of Georges Bizet’s „Les pêcheurs de perles“ premiered at the „Berliner Staatsoper“. Daniel Barenboim was the conductor of the Berlin State Opera’s orchestra and choir. Soloists are Olga Peretyatko-Mariotti as Leïla, Francesco Demuro as Nadir, Gyula Orendt as Zurga and Wolfgang Schöne as Nourabad.

The opening night on Saturday was the end of an intense period of rehearsals at the opera house in the former „Schillertheater“. The „Pearl Fishers“ are now on stage and part of the repertoire of the famous Berlin Opera. It will be played three more times this season and is going to be back in April 2018, then at the refurbished opera house „Unter den Linden“.

More information can be found on the opera’s website: www.staatsoper-berlin.de