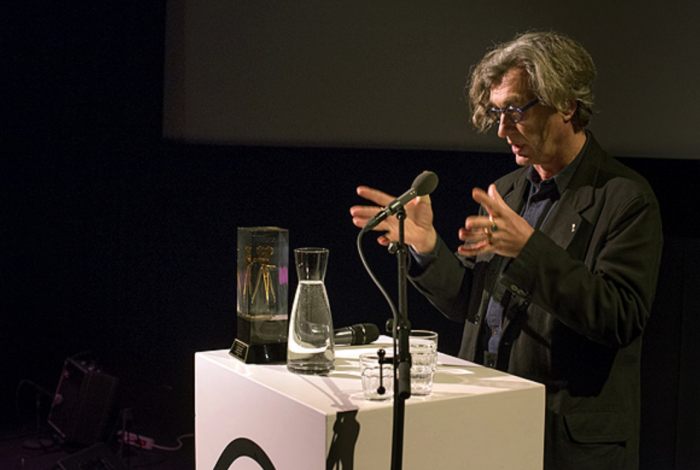 The American Society of Cinematographers honored cinematographer Robby Müller with the ASC International Award. As Robby Müller could not travel to Los Angeles to receive the award in person for health reasons, the ASC and the Netherlands Society of Cinematographers organized a special event at the Eye Institute in Amsterdam for him. Wim Wenders MC’d the evening and talked about their numerous collaborations. The evening concluded with a showing of ALICE IN THE CITIES, as kindly requested by Robby himself.

Have a look at Robby Müller’s Filmography