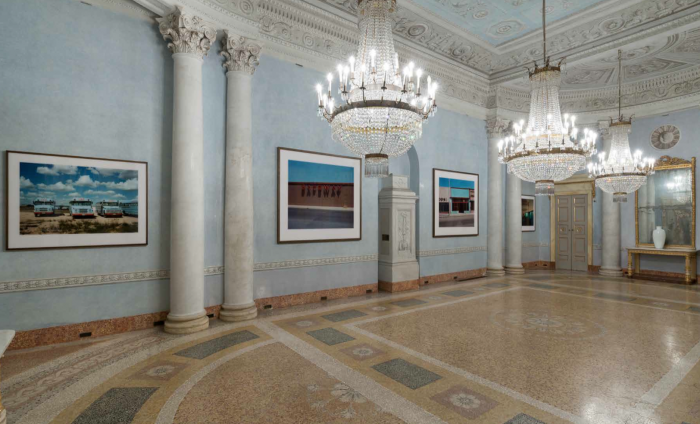 Wim Wenders inaugurated an exhibition of his photographs entitled „America“ at Villa e Collezione Panza in Varese, Italy. The exhibition will run from January 16th till March 29th, 2015.

Anna Bernadini, the curator of the show, writes: „Parallel to Giuseppe Panza di Biumo’s visual experience of America as from the late 1950s and within this dynamics, the filmmaker’s affinities and above all his story in images took shape a few years later as the result of an acute and wholly European “mechanical” eye that encounters, feels and experiences the coeval Transatlantic culture first hand.“

The exhibition gathers thirty-four photographs taken in the United States between the late 1970s and 2003.