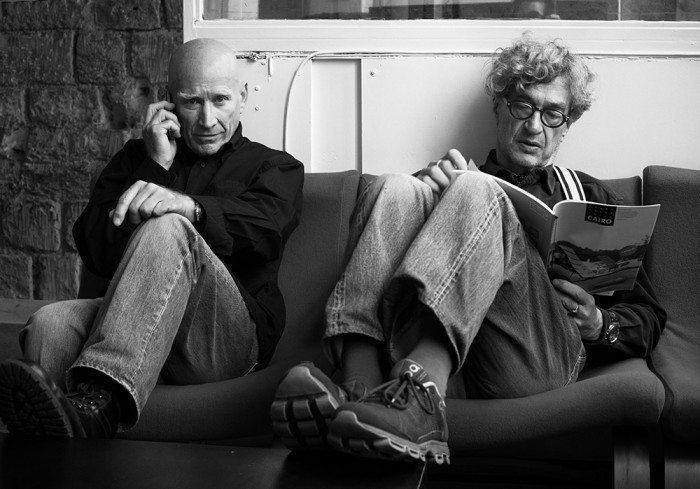 German filmdirector Wim Wenders was in Rome to promote his latest documentary, SALT OF THE EARTH, co-shot with Juliano Ribeiro Salgado about the latter’s father, renowned Brazilian photographer Sebastiao Salgado.

Wenders had always wanted to meet his favorite photographer, a meeting that eventually led to the ensuing documentary about a truly fascinating subject. The film had a successful premiere in Cannes this year, winning the „Un Certain Regard“ special jury prize and being picked up by Sony Pictures Classics.

One secret of the film’s success, according to Wenders, was taking his time with the film, spending one and a half years on the editing process alone. Wenders has spent even longer on his upcoming feature film EVERYTHING WILL BE FINE, a 3D family story that takes place over 14 years, starring James Franco, Rachel McAdams and Charlotte Gainsbourg. Franco plays a writer who unwillingly causes a tragic accident, an event that haunts him over the course of his life.

Read more on „The Hollywood Reporter“