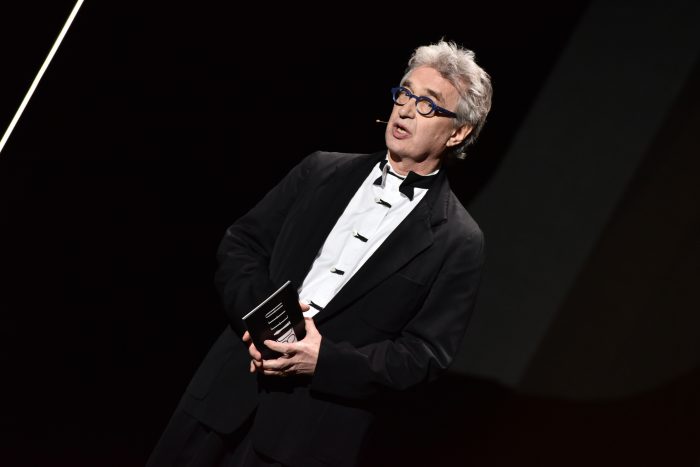 Reflecting on the establishment of the European Film Academy at the eve of the fall of the Berlin Wall 30 years ago, Wenders calls onto young film makers to use their art and create a new, forward looking imaginary for the European community:

„We have a common responsibility in Europe, for Europe,
a responsibility beyond our national borders.
And I think that we, the film community, the film family,
are in a perfect position to make the difference!
With our stories, our imagination, our sounds and images
we carry a greater responsibility than ever!“ – Wim Wenders