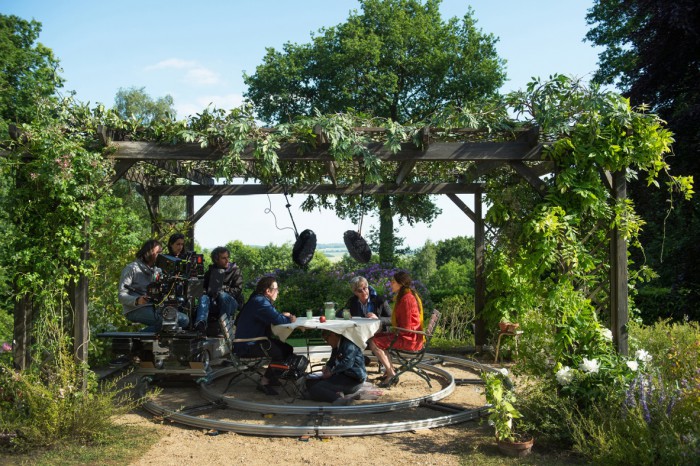 Wim Wenders is shooting his new film Les Beaux Jours d’Aranjuez, in the surroundings of Paris.

The script is based on the play from Austrian writer Peter Handke, in which a man and a woman share their musings on love and freedom one summer night. The couple’s conversation meanders through memories, unspoken desires and passion through poetic dialogue.

More in the Hollywood Reporter
More on LeFigaro.fr (in French)
More on Kinozeit.de (in German)
More on e-cultura.pt (in Portuguese)