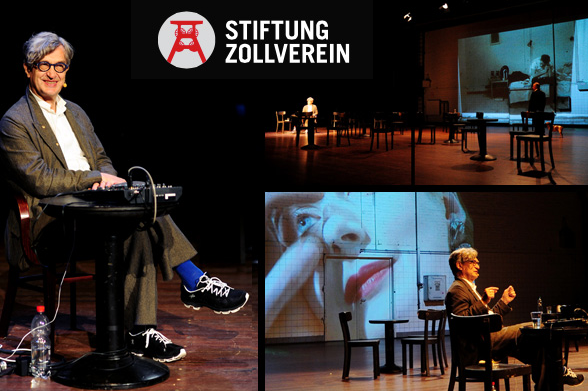 The Event: Wim Wenders hosted an evening at the PACT Zollverein in connection with the 40th Anniversary of Tanztheater Wuppertal Pina Bausch. During the course of the evening Wim gave insight into his multi genre work via film clips and conversations with surprise guests.

His 3D film PINA, winner of the European Film Award in 2011, was dedicated to the dancer and choreographer Pina Bausch and honored the Tanztheater Wuppertal as a cultural institution of Germany’s historical industrial center, the Ruhrgebiet. Several of the scenes in PINA were shot against the background of the impressive sights at the Stiftung Zollverein.

About Stiftung Zollverein: After its closure, the once largest hard coal mine in Europe has developed into a lively and internationally recognised location for art, culture and the creative industry. Every year, more than one million guests from every part of the world visit numerous events at the Zollverein UNESCO World Heritage Site, among them established formats such as ExtraSchicht, C3-Festival, contemporary art ruhr and many more.