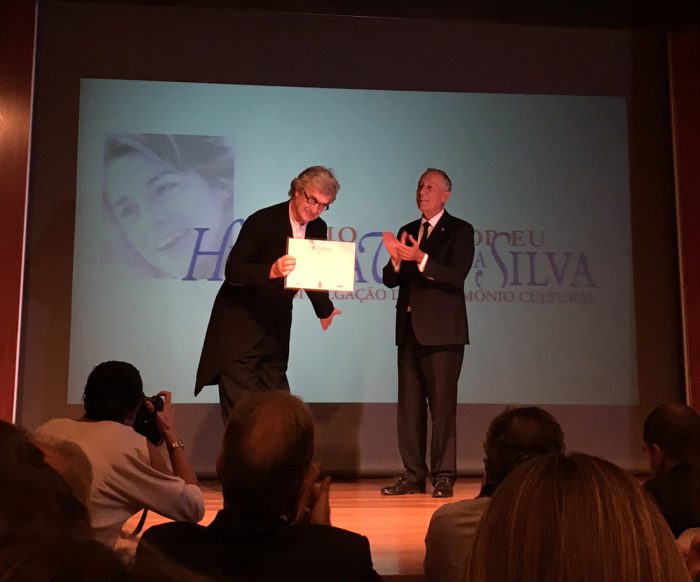 The European Award for Raising Public Awareness on Cultural Heritage is named after Helena Vaz da Silva (1939-2002), Portuguese journalist, writer, cultural activist and politician. It is presented annually to a European citizen whose career has been distinguished by activities that disseminate, defend and promote Europe’s cultural heritage. Emphasizing his gratefulness for the award, Wim Wenders said: „I so much identify with the ideas that are driving it. Europe is an ongoing utopia, built, more than anything, on its cultural heritage. We have to keep constructing our common future, but in the process must not forget to preserve the legacy of our past.“

At the ceremony, Marcelo Rebelo de Sousa, President of the Republic of Portugal surprised the laureate awarding him furthermore the Medal of Honor, stating that Wim Wenders „deserves this award not only as a friend of Portugal and Europeanist, but above all as a great filmmaker we all recognize in Portugal, in Europe and in the world“.