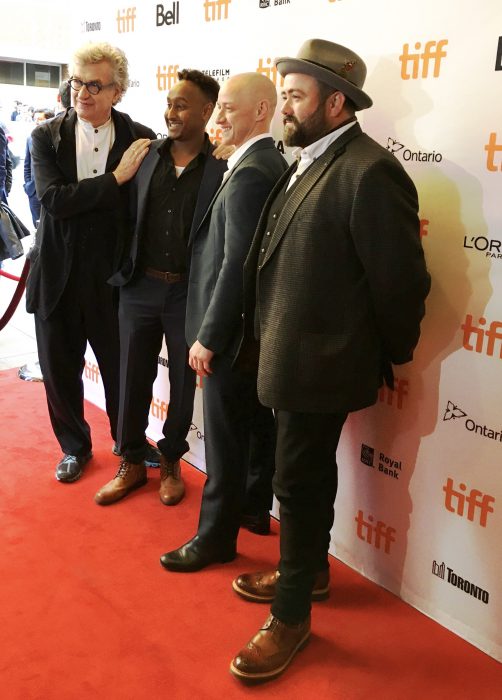 SUBMERGENCE celebrated its World Premiere at TIFF on September 10th in the presence of Wim Wenders and his cast members James McAvoy, Celyn Jones, and Hakeemshady Mohamed. The film was shown in the section Special Presentations and will now move on to San Sebastian International Film Festival for its European Premiere.

„The cinema of Wim Wenders is driven by themes of restless travel and the search for human connection. It has led him down many different roads, where character and landscape, and the struggle between the two, have come to form the defining motif of his work. Submergence, his achingly romantic new film, follows very much in this vein.“ – Piers Handling, TIFF Director/CEO