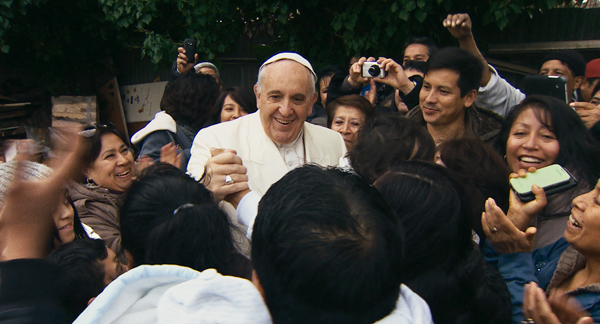 Pope Francis – A Man Of His Word TV Screening

On April 10, 2020 at 10:50 PM, Wim Wenders’ feature documentary about Pope Francis will broadcast in Germany on the ZDF channel.

The film is a personal journey with Pope Francis, and its direct-to-camera visual as well as narrative concepts allow the audience to engage face-to-face with the pope, creating a dialogue between him and, literally, the world.

In a careful and precise way the film talks about guilt and the search for forgiveness. It shows that it is not time alone that heals wounds but the courage to face up to things and to forgive. Especially oneself.