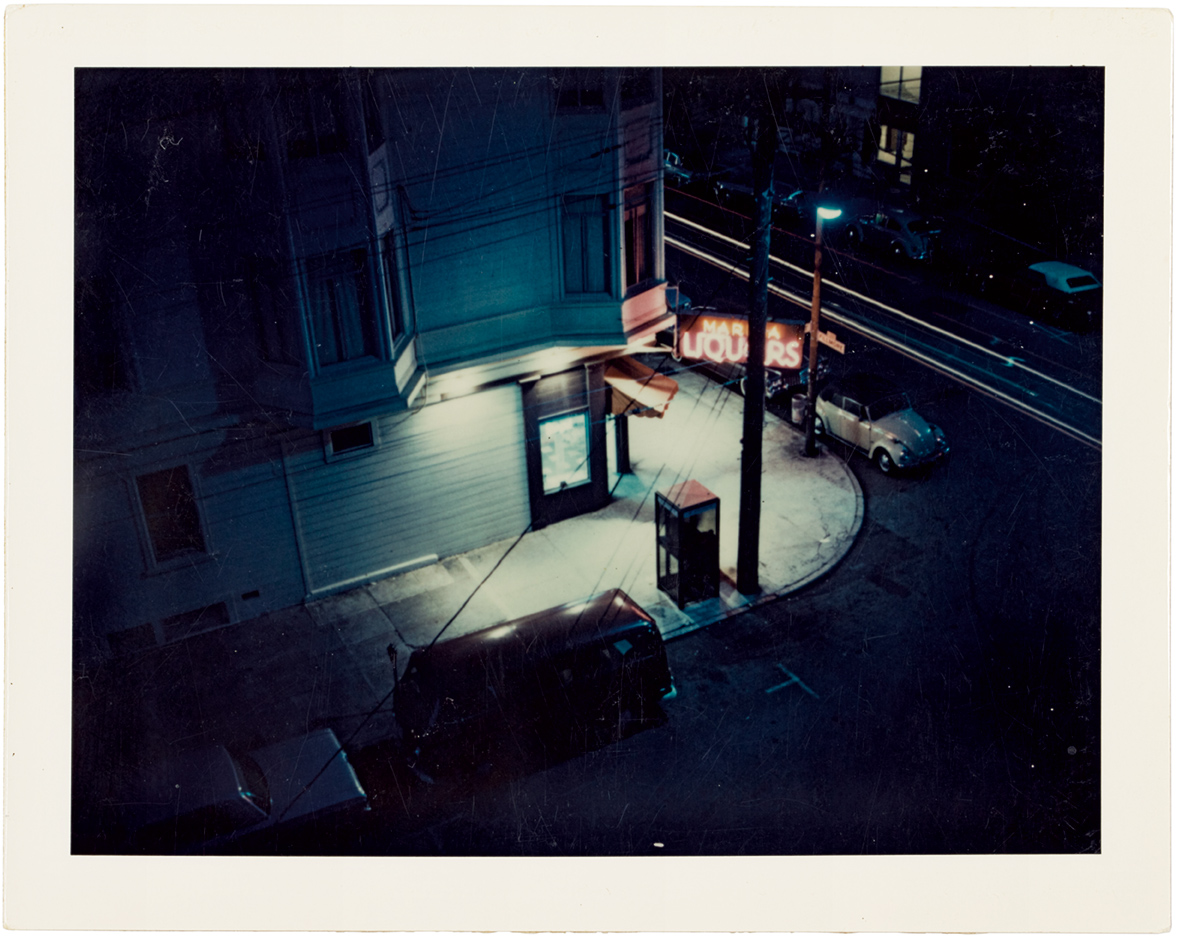 Early Works 1964-1984 at Blain|Southern London features Polaroids and black-and-white photographs from Wim Wenders’ archive, many of which have never been shown before. The exhibition speaks to the artist’s belief in the authenticity of photographs that have not been altered, and the spontaneity of scenes that have not been staged or directed.

Many of the photographs in the exhibition were shot whilst on the locations of films such as The American Friend and Alice in The Cities. The black-and-white landscapes, on 35mm and panoramic film, are largely unpopulated, yet the Polaroids, taken during the same period, also include portraits of cast and crew. Wenders enjoyed the social, playful nature of this immediate format whilst working on set. He claims to have taken over 12,000 but given away the vast majority to his subjects because he felt they had more right to it than he as the photographer. The remaining pictures were stored away in old cigar boxes, which acted like humidors, so they were perfectly preserved when unearthed decades later.

As unique, delicate objects, the Polaroids have been scanned and reprinted in a process that retains the saturation, contrast and atmosphere of the original medium. Most of the Polaroids have been printed at the original size and dimensions, preserving the intimacy of the original format, while a selection of them have been enlarged to 60cm, creating new photographic prints. Alongside this there are a range of black-and-white landscapes, many of which have never been shown before, and a group of panoramas shot on Wenders’ first 35mm panoramic camera. The black-and-white landscapes offer another window into Wenders’ roaming, curious eye, and feature depictions of landscapes from Brittany to Bali, Australia to Iceland.